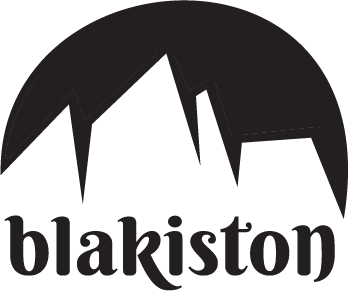 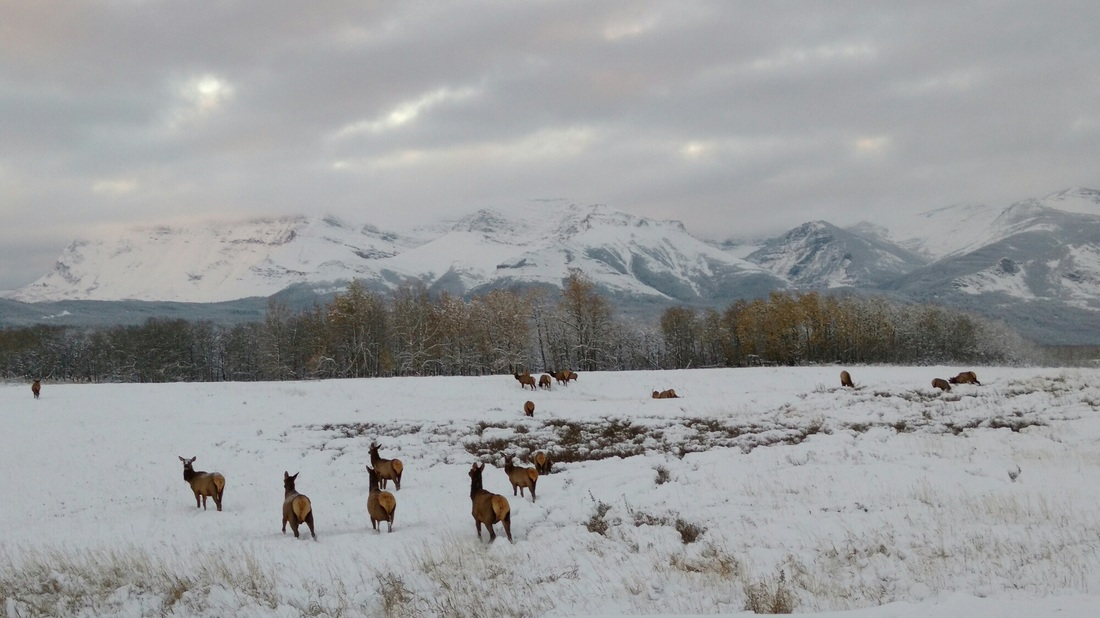 So today was supposed to start out as a sleep in, not leaving the house kind of day.

I had the day off of work and some how magical planets aligned and my hubby did not have to work either.

Somewhere along the line mountains and sunrise were mentioned and my plans changed.

​We (my husband Vince and I) got up at 6 a.m., got the kids ready for their day and drove them off to early morning practices.

Then we continued on our way to Waterton.

The roads had some snow on them but nothing to be concerned about and I have been antsy for an exploring day for a few weeks.

Coming up to the park we saw a heard of Elk and many Elk scattering the country side.

Light was just starting to peak around the mountains; not ready for the morning yet, still mostly cloudy.

We realised as we pulled up to the park gates we had an old park pass hanging from our mirror and I had forgotten to grab mine out of our other vehicle. 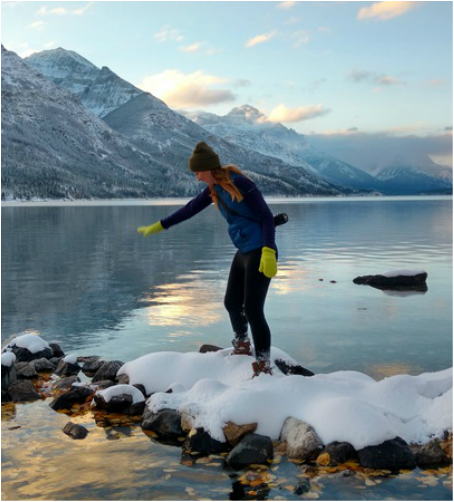 I was wondering if we would have to pay since it is a Tuesday and I know in the past winter week days were free.
I was giddy as the the sun was lighting up the sky and mountain tops were lighting up.

We drove around town checking out the local spots: Welches, Weiners of Waterton and Pats were open and the time was 8:15am.

​I wanted to catch the sun on the lakes so we walked along the lakeshore.

I was in such a hurry I did not put on my snow pants or change into my winter boots.

Vince always has to rub it in my face that he has tall muck boots and always walks into the water.

I actually don’t take it to personally but let him give me hard time since really it is the only time he will happily pose for a picture. WIN for me!!

And here is my typical clumsy self almost falling in to Waterton lakes, I some how kept it together. 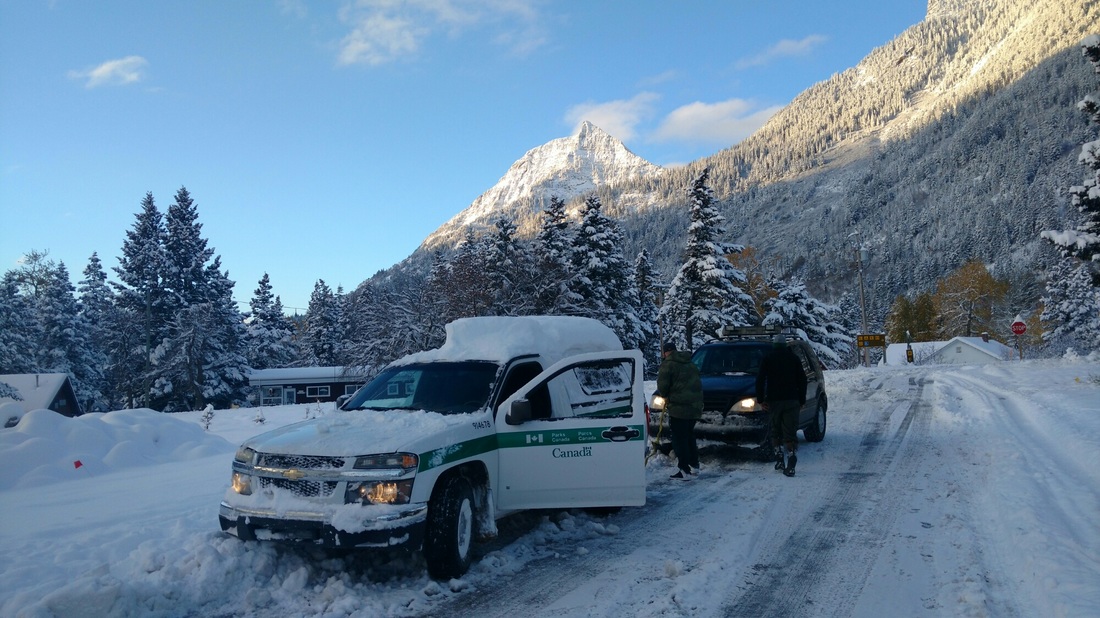 I had to get one final shot and the panoramic setting on my phone seems to be just fine; I have to use it again.

​Until we found these guys...

​No winter tires or 4×4 so they got stuck and spun out in the snow.

Vince jumped out and grabbed a rope, hooked them up and in seconds they were out and back on their way down the block.

I love the small town happy feeling everyone has!
There was no way we were quite done, so we headed over to Cameron falls and decided to hike up the snowy but packed path.

I was in front and from beside me a bird flew out of the snow.

I turned around to see Vince screaming and ducking.

In the last 17 years I have never seen him jump or get scared, but apparently birds are his one thing that can freak him out.

This poor guy had a hard time flying up/against the fence and perched in a tree nearby.

The rest of our hike was quite uneventful; the snow was high and beautiful.

The air was crisp and occasionally we could hear water flowing far beneath us.

A few streams were hidden under snow still and were slowly whisking the white stuff away.

We decided to turn around when we felt like we had seen enough and head back.

I wanted to see the trees with leaves surrounding Linnet lake by the Prince of Whales hotel.

Vince mentioned he had made hot chocolate (SURPRISE!!) and packed it along and Linnet lake would be a perfect place to enjoy it.

So back on flat ground we check our phones and the school had called.

Our daughter had been hit in the head at practice, had a headache and was nauseous.

We did what parents do, packed everything up and went to take care of her.
There are lots of days left of the year, and maybe next time we won’t be pulled away quickly.