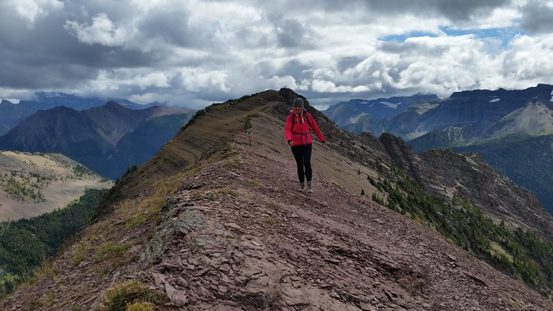 On Labour Day, my friend Samara and I headed to Waterton despite the rain clouds to hike Carthew Alderson, a 20-km one-way hike that requires a shuttle to the start at Cameron Lake.

This was the last hike Samara needed to get the Triple Crown!

I’ve been hiking in Waterton for six years and have yet to achieve this, so congrats Samara!

​As we pulled into town who do we see? A mama bear and her cub, chilling on the side of the road next to the Bears Hump parking lot. They were there on our way out of town too. This mama is too used to people!

We hopped on the shuttle up to Cameron lake. As I said, this 20km hike is one-way and you can start from the trailhead in town and hike up the entire way, or you can catch a shuttle to Cameron lake and enjoy an easy climb for the first little bit and then go downhill the rest of the way. We chose the easy way.

You start off at Cameron Lake going up with an easy elevation climb and switch-backs in the woods. You can tell you’re going up, but it’s not enough to have you huffing and puffing.

When you get to the top, you walk along a flat trail for a way until you hit Summit Lake.

We had a snack at the lake but were eager to get back on the trail ahead of a large hiking group that was behind us. That was kind of my motivation to not dilly-dally too much.

​The hike was very well travelled this day and I didn’t want to hike along a big group. 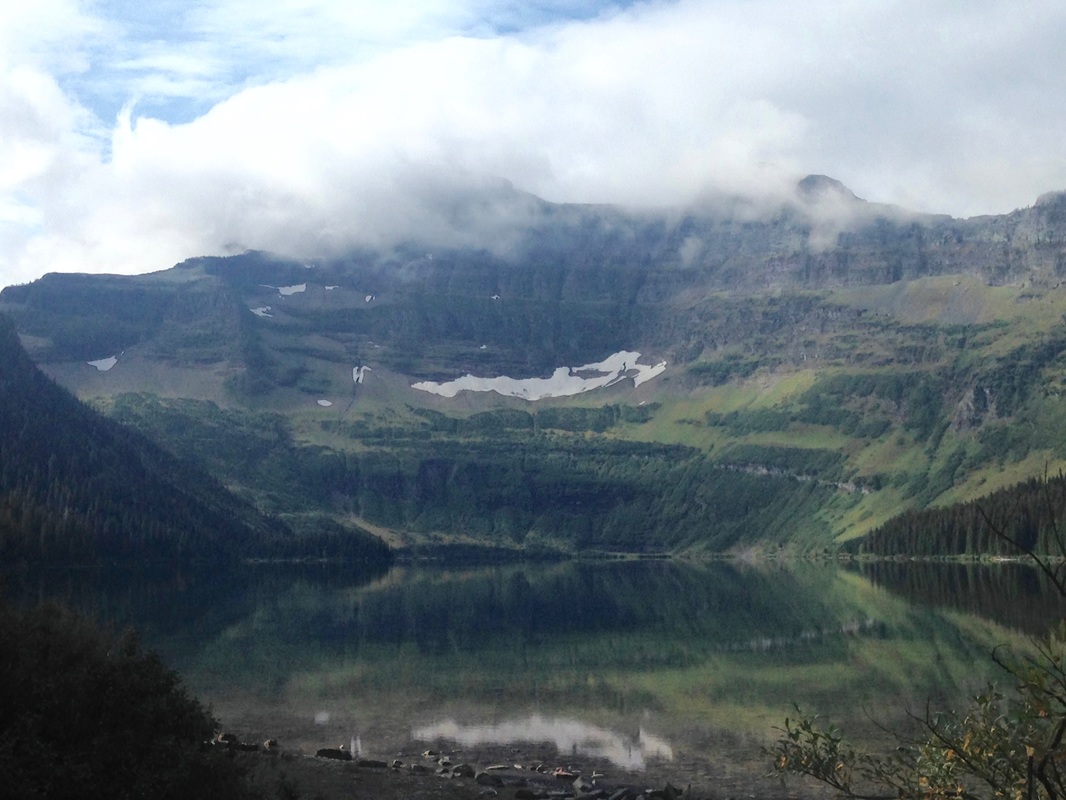 We hiked through the trees, again at a very slight incline and we could see the famous ridge ahead of us. I figured since we hadn’t done much climbing that we would be going up a very steep portion of the trail to get on top of the ridge.

But the trail didn’t go straight up! Instead, it cut across the side of the mountain in the scree at a very easy incline. It then switched back and did the same until the last portion of the trail, which was steep and in loose terrain. But that portion of the trail was legitimately less than 75 metres before we hit the top!

I couldn’t believe we had made it to the ridge and at no point did I feel out of breath or like I needed a good break!

The views were unbelievable from this point.

It was super windy so I busted out my winter stuff to stay warm and we ate lunch on the windy summit enjoying the views on all sides.

After eating and taking a ton (and I mean a ton) of photos we walked along the ridge line toward the portion of the trail that would take us back down to the townsite.

You could immediately see the point which is Bears Hump and Mount Crandell so we figured we were close. Don’t be deceived because you’re on the top of a mountain! 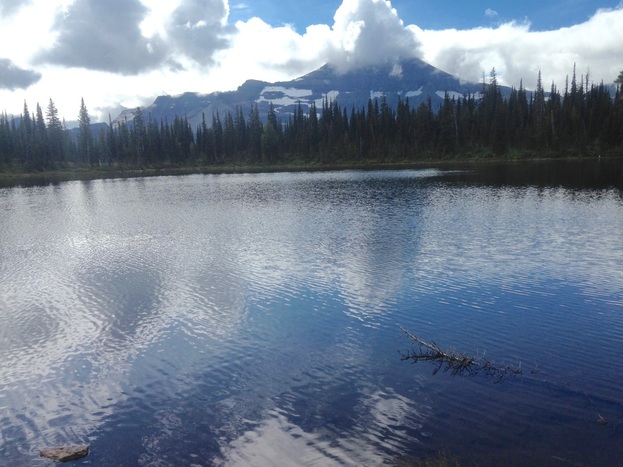 ​There are three little lakes in a row called Carthew Lakes.

It was just as we were passing the final Carthew Lake that the clouds opened up and it began to rain.

It started off as a mist and eventually turned into a heavy sprinkle.

​We bundled up and busted out our gloves because it was a very cold rain but the drama of the low clouds on the mountains was so pretty.

I laughed and laughed as we hiked along getting soaked because it’s the misadventures you remember most.

At one point there were flecks of snow mixed in with the rain.

By the time we got to Alderson Lake we were wet and cold.

We opted out of the 0.2km offshoot to see the trail and hit the tree line for the last 7km of the trail.

Just as we got into the tree line the sky opened up and the sun came out for the remainder of our hike. Oh, Waterton you silly weather bitch!

​Samara and I were booking it at this point because we were tired, damp, and cold.

​I began dreaming of a hot chocolate with almond milk and couldn’t get it out of my head as we headed down. 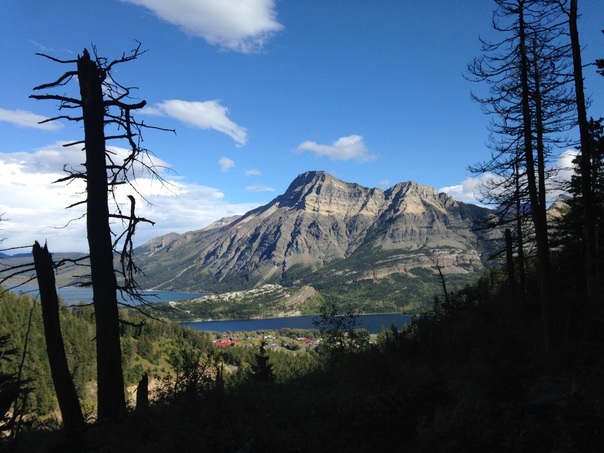 ​This portion of the trail is in the tree line and on your left-hand side are gorgeous mountain views.

At last we came to a point on the trail where the trees opened up and we could see the town, we were close!

We were a couple happy hikers when we came out of the trailhead at Cameron Falls.

We headed to Pearl’s so that Samara could get her Triple Crown shirt and put her name on the board. We already have plans to try and do all three in three days next summer!


​I would HIGHLY recommend Carthew Alderson to anyone looking for a hike where they’ll never feel bored.

​It’s a perfect long hike for a moderate hiker (maybe too much for a beginner).